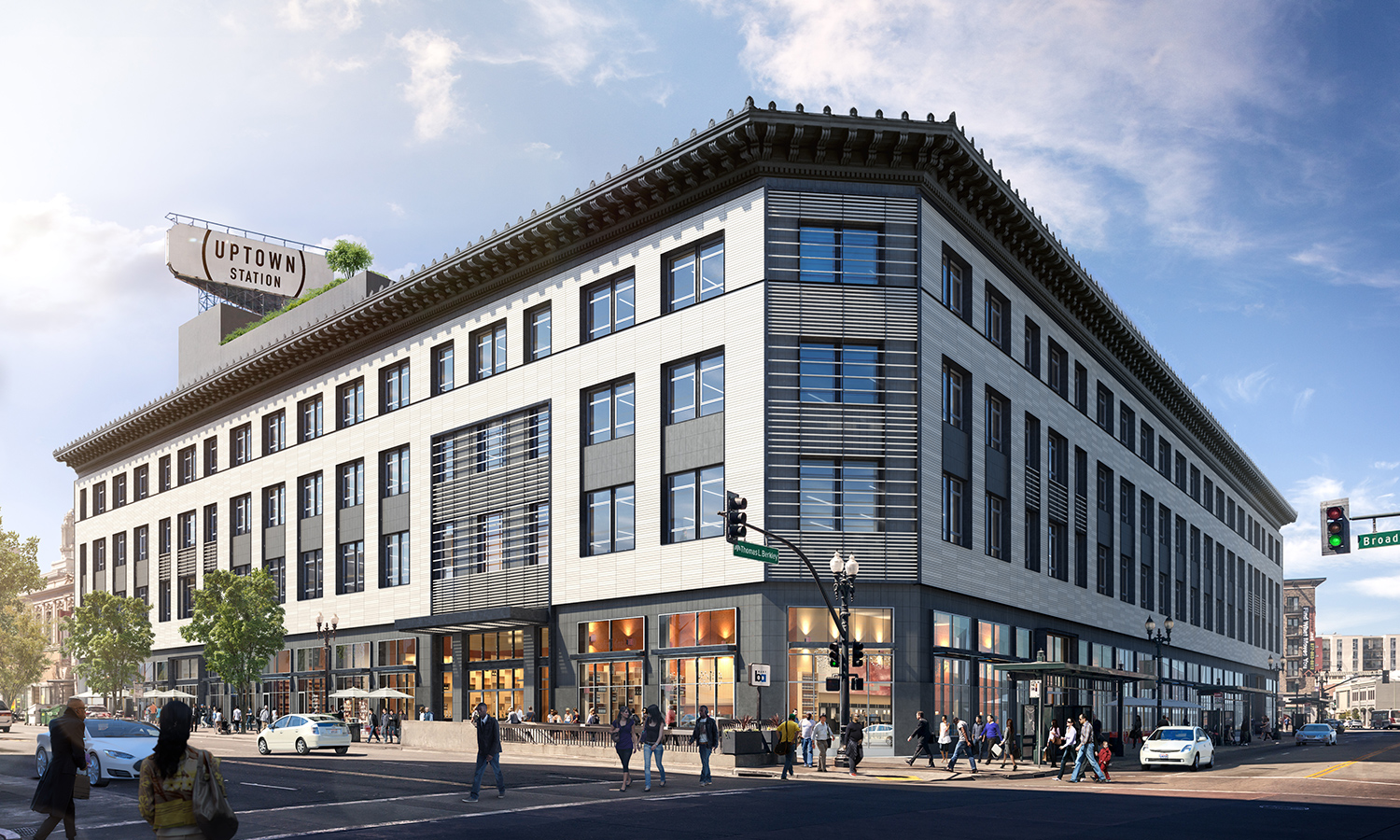 Square, Inc. has signed a lease for the entire Uptown Station building in Oakland. This move seems to cement the East Bay's status as the new Macca of startups. Square anticipates it will begin taking occupancy of Uptown Station in the fourth quarter of 2019.

“We’re excited to join the Oakland community as a partner, an advocate, a neighbor, and a customer of local businesses,” said Jack Dorsey, CEO of Square. “As we continue to grow, we want to support our employees wherever they are so they can work and invest in the communities in which they live.”

Square works to foster growth in communities nationwide through small business educational programs, events, and local partnerships. Square will be an active partner with the city and community of Oakland, and is evaluating how to use its space at Uptown Station to create a supportive environment for local businesses and entrepreneurs. For example, in lieu of building a large-scale corporate cafeteria for Square, CIM Group will convert Uptown Station’s first-floor into a public marketplace, designed as a grand paseo featuring a variety of local restaurants and retailers.

“Oakland is committed to attracting businesses whose values align with our community, whose workforce reflects our inclusivity, and whose greatest priority is the long-term prosperity of every Oakland resident. With their proven commitment to empowering new and local entrepreneurs, I believe Square can be that company,” said Mayor Libby Schaaf. “There are few locations in the region that offer such an array of social, economic, and transportation benefits as Uptown Station, and Square could not have selected a more ideal location.”

CIM Group is in the final stages of completing the transformation of a 1920s-era former department store located at 1955 Broadway into Uptown Station, a 356,000-square-foot, eight-story Class-A creative office building with a multi-story atrium lobby and 35,000 square feet of ground floor retail space. Uptown Station is situated at the nexus of three key arteries, Broadway, Telegraph Avenue, and 20th Street in downtown Oakland’s Uptown district, a hub for arts and entertainment and located directly above a BART station.

“Building a fair and equitable economy requires partnership, and we’re glad to see Square proactively taking steps to collaborate,” said Catherine Bracy, Co-Founder and Executive Director of the TechEquity Collaborative, an Oakland-based organization that works to build an inclusive tech-driven economy in the Bay Area. “We’re looking forward to working with Square to engage with and support the Oakland community.”

“We acquired Uptown Station almost a year ago believing that repurposing this building to modern creative office space in a transitioning district would be an attractive option for Bay Area businesses like Square that have significant space requirements and seek environments that foster collaboration and innovation,” said Avi Shemesh, Co-founder and Principal of CIM Group.